How to Adapt a True Story as a Film or Series 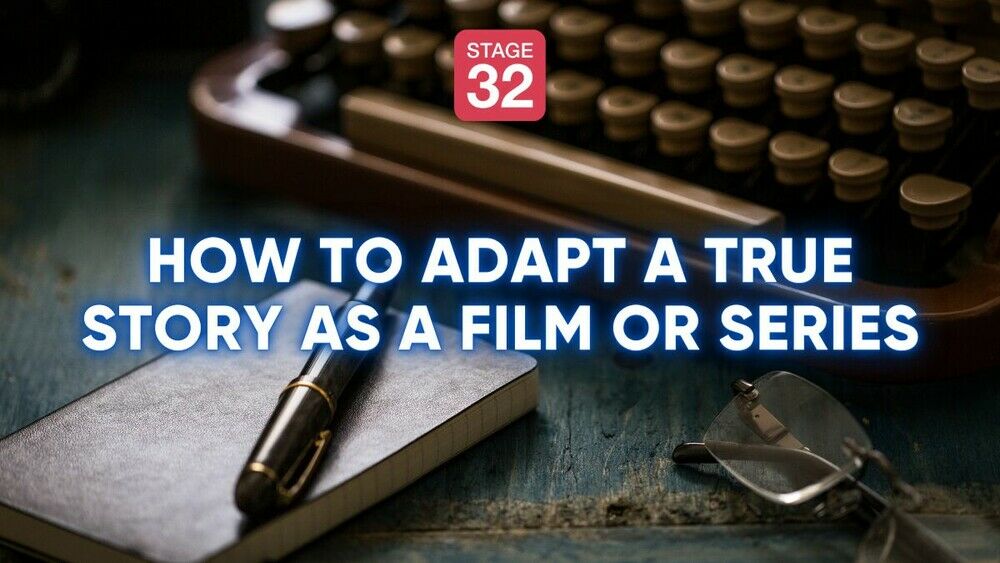 Somebody, somewhere, has an incredible story that you want to tell. Maybe it’s your own. Maybe it’s historic. Maybe it’s so compelling, that it keeps you up at night. It’s high time you adapt that story for the screen! More and more adaptations are showing up on screen, moving writers like you into a new realm. The opportunity is there, but first you have to get the thing written. Research and understanding the story is one thing. Writing it so that it gets the attention it deserves is another. So how can you go about putting that true story you love into script form?

Films like HILLBILLY ELEGY and THE KING’S SPEECH, as well as series like ESCAPE AT DANNEMORA and WHEN THEY SEE US, capture the attention of viewers across the globe. Yet these true story adaptations find success largely because the writers and creators understood where to find the story within these real lives to adapt. They efficiently honed in on an angle that pulled the audience in while developing emotional arcs that kept viewers invested. Writing is a craft, no doubt, and one that must be managed differently when pen hits paper and for adaptations. It takes work and a deep understanding of your story as well as the medium you’re adapting it for, but it’s something you can achieve for your own true life passion project, especially with the proper understanding and guidance.

Kate Sharp is a producer and literary manager at Bellevue Productions. Prior to joining Bellevue, Kate was the VP of Development and Production at Occupant Entertainment, producing short-form content for Showtime, MTV, Verizon, Facebook, and U2, and was an Executive Producer on the Hulu original, Emmy-nominated TV series BEHIND THE MASK. Her film credits include PEEP WORLD, BETTER LIVING THROUGH CHEMISTRY, MADAME BOVARY and THE HALLOW. Kate is currently producing THE BURNING SEASON with Naomi Watts and STRANGER THINGS’ Sophia Lillis attached to star. Kate has worked with countless writers on adapting their true story projects of all types and knows what it takes to turn a true story into a script that producers, reps, studios and execs will be interested in.

Kate will delve into the craft of adapting a true story to a film or series, and how to put words to the page to make this happen. She will define the three types of true story or biopic adaptations so you can determine which option is best for you and give you the tools to decide if your story should unfold as a feature or limited series so you can determine which option is best for you. She will also walk you through best practices for researching, finding your own angle to the story, and how to write your script so it feels authentic while still possessing emotional arcs and narrative liberties to ensure your script is marketable and successful in the market. Through Kate’s rundown, you will walk away with confidence and write an adapted script that gets the attention it deserves.