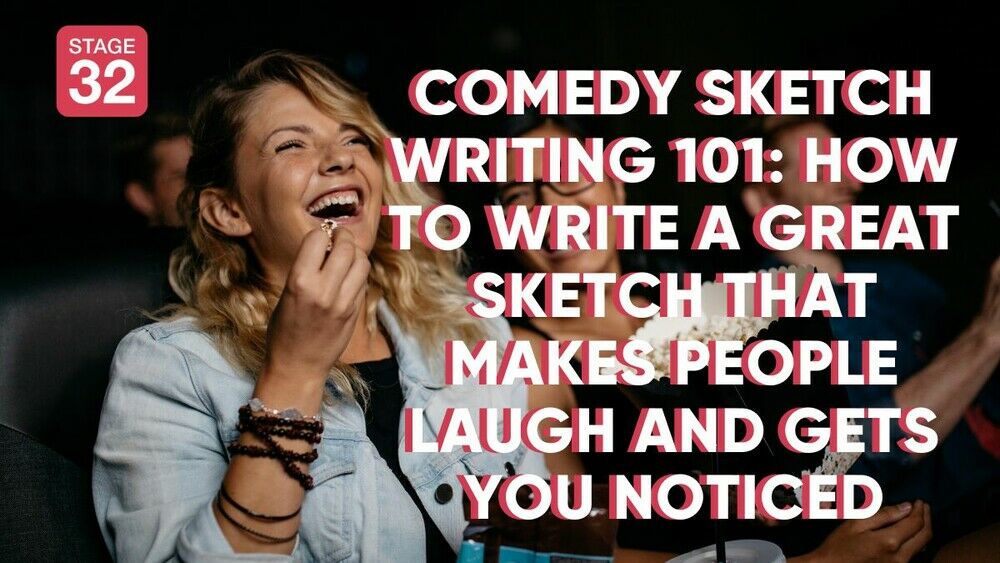 Comedy Sketch Writing 101: How to Write a Great Sketch that Makes People Laugh and Gets You Noticed

It’s impossible to find an actor, writer, producer, or director who doesn’t have a favorite sketch they have been quoting since they were a kid. And with the recent explosion of short-form content, sketch comedy is more popular and relevant than ever before. Maybe you’re an actor looking to produce your own short-form content but have no idea how to translate your idea to the page. Maybe you’re a comedy writing machine but your sketches feel disorganized or too scattered. With more and more execs/reps wanting to see your work and click a link, sketch comedy isn’t just fun anymore, it can be a functional calling card. And having your sketches hit the mark is essential to making sure those people know your comedy voice is strong, unique, and one worth watching.

Since sketch is so accessible, many people dive headfirst into writing/producing sketches without learning the language, tools, and structure. And that’s the reason why 99% of sketches are, let’s be honest, pretty cringey. But with a clear understanding of what a sketch is and what are the engines that drive the comedy, you can learn actual tools/methods to take a simple funny thought and turn it into a tight, streamlined sketch. You have a comedic POV within you; but without the structure, rules, and techniques to hone and streamline an idea into a tight, digestible sketch those ideas spiral out of control. Conversely, you have a great ideas but no conception of how to take that vague thought to finished comedic product. The solution to both these seemingly opposite comedy ailments is the same – structure and technique.

Jeff Galante is a comedian/writer is based out of the Groundlings Theater where he is a regular performer and a senior teacher. He created several network comedy pilots including STUNTED (NBC) and THINK TANK (A&E), which was exec. produced by Chris Moore (AMERICAN PIE, GOOD WILL HUNTING). Jeff is currently developing a slate of feature projects including a horror comedy with Jack Quaid and Joe Dante, a rom com with Damon Wayans Jr. and Davis Entertainment, and a dramedy with Andy Fickman. Jeff has consulted on SMALLFOOT (Warner Bros.), contributed material to SATURDAY NIGHT LIVE, and was an actor/writer on Wanda Sykes’ USA sketch comedy pilot WHAT HAPPENED WAS. He recently won the Stage32 Feature Script Competition and has been a finalist/semi-finalist in competitions including the Nicholl Fellowship, Austin Film Festival, and the Universal Emerging Writers Fellowship. As an actor, Jeff has appeared on such shows as 2 BROKE GIRLS (CBS), IDIOTSITTER (Comedy Central) and DISASTER DATE (MTV). He has performed live at Standup NBC, San Francisco Sketchfest, Chicago Sketchfest, and was a cast member/writer on NATIONAL LAMPOON’S revival of Lemmings alongside the boys from WORKAHOLICS. He is also a highly sought-after comedy teacher/director for networks like G4 and SMOSH.

In this enlightening webinar, Jeff will equip you with all the tools you’ll need define sketch comedy and identify the different types of the craft. He will deep dive into the various engines of comedy using sketch examples. He will also explain characters and how to make them memorable. He is including a guided brainstorming session in which he will use tools and techniques to get a jumpstart with a clear sketch idea.