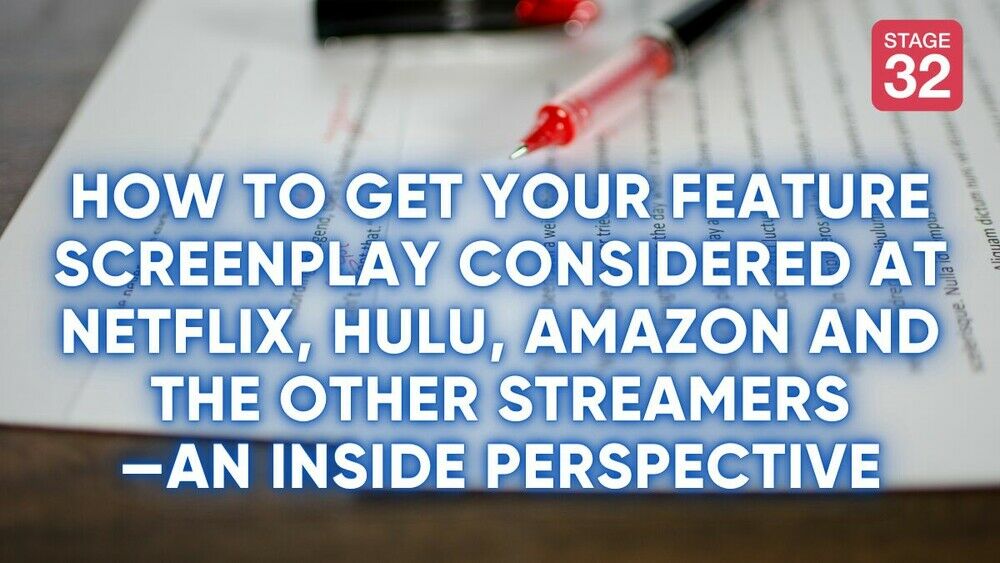 How to Get Your Feature Screenplay Considered at Netflix, Hulu, Amazon and the Other Streamers

Find out what streamers REALLY look for when evaluating films

It seems like it is all about the streamers these days. Netflix, Amazon Prime, Hulu, HBO Max–they have become the Holy Grail for screenwriters and emerging talent. And yet as prominent as these platforms have become, the process behind how a film actually finds its way into their library is opaque and enigmatic. With so little information on the inner workings of the streamers, it can seem confusing, maybe even impossible to get your own proverbial foot into the portal and get your screenplay noticed. You may wonder if there is any actual human element involved in considering your project. Understanding more about how streamers find and select films can help you understand how best to get your work noticed and walk into the murky streaming waters with more confidence.

So what actually happens to a submission behind-closed-doors at one of the streamers? Who is reading it and what are they looking for? The professional readers employed by streamers are trained to use very specific criteria to assess material. They do not use the same methodology as agents, managers, or producers who may be more willing to develop material and incubate projects. It’s helpful to know that there are certain types of projects and styles of writing that are more likely to get these readers’ attention and prompt them to escalate your submission to actual decision-makers. Let’s dive in.

Michael Schulman is a Feature Story Analyst for Netflix as part of its Independent Original Film Division, and his job revolves around evaluating feature screenplay submissions and deciding which ones to pass up to the executives to consider. Prior to his role at Netflix, Michael spent nearly a decade in the story department at CAA where he found projects for CAA clients. Over his storied career, Michael also served as an agent at ICM’s Motion Picture Literary Department and held numerous studio creative executive positions at Orion, TriStar, and Disney where he worked to develop film and television projects with some of the top talent in the industry. Michael is very familiar with what it takes for a script to find its way to decisionmakers since this has been a key feature of his job for over a decade.

Exclusively for Stage 32, Michael will reveal how streamers evaluate and identify feature film submissions and specifically what the initial readers look for before sending a script along to decisionmakers. He will give you an overall look at the steps a film takes to getting greenlit at a streamer and lay out who exactly these readers are that will be evaluating your script at the beginning. He’ll also show you what these readers are trained to look for and how they know “it” when they see it. Michael will also explain the importance of packaging during this phase and how streamers’ “algorithms” really work. Through Michael’s honest, comprehensive, and in-depth discussion of this often-secretive side of streaming platforms, you’ll be able to leave with a much clearer idea of how to get your own script the best shot of being selected at Netflix or other streamers.