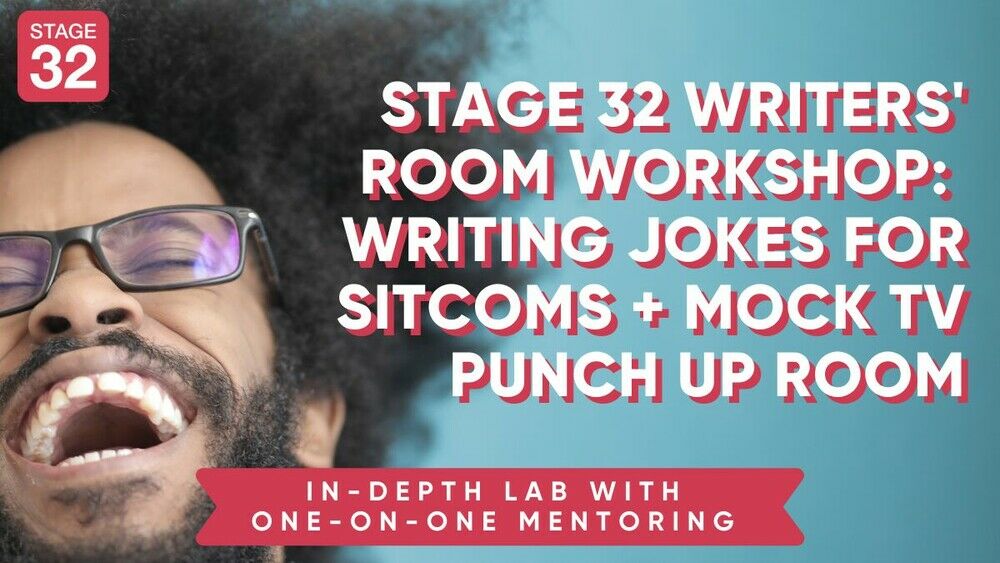 **Learn the art of TV joke writing from long time TV comedy writer Kirill Baru and participate in an actual episode punch up room, working to improve scenes from a notable TV comedy.**

Jokes don’t just come out of nowhere, and their success is completely reliant on the medium. Things that are funny in conversation or in front of an audience might not be funny on a television show. This is why being “naturally funny” just isn’t enough to make a funny series with great jokes. It takes an understanding of the medium and insight into the types of jokes that work on television. It also usually takes a team of people in a punch up room setting, utilizing multiple perspectives and senses of humor to arrive at the best joke for each situation. Understanding how to find the best jokes in an episode script and learning how to operate successfully in a punch up room setting will help make your own comedy pilot funnier and can give you the tools to be a more desirable member of any TV comedy writers room.

Kirill Baru is a sitcom writer and executive producer who has staffed on and sold a variety of live-action and animated comedy shows like Freeform’s BABY DADDY and the critically acclaimed animated show DAN VS. on the HUB. He’s also written and produced several comedies in the kids space, from Disney’s SYDNEY TO THE MAX to Cartoon Network’s MAD: THE ANIMATED SERIES. When Kirill isn’t staffing on shows, he’s developing projects with networks such as Disney and Netflix. He attributes his career to writing comedy that finds a way to have a lot of edge without ever losing any of its heart. Kirill is very familiar with punching up TV scripts, finding ways to make them funnier and finding success in a TV punch up room.

In this special extended workshop, Kirill will teach you how to craft effective jokes for any TV comedy. He’ll break down where good jokes come from and the elements needed to make a joke work. Kirill will also lay out the main types of TV jokes you can draw from and walk you through important comedy terminology that’s used in every writers’ room and punch up room. He’ll also go through how to make jokes work with an eye towards scene construction and explain what makes a great punch up room for any TV comedy.

Kirill will then lead a TV comedy punch up room, similar to how real TV comedies run them. Everyone who signs up will be able to participate in this room and work with the group to add jokes, fill in pitches, and create alt docs for two scenes of an episode of an actual notable TV comedy. Kirill will provide feedback and analysis or all of the joke pitches.