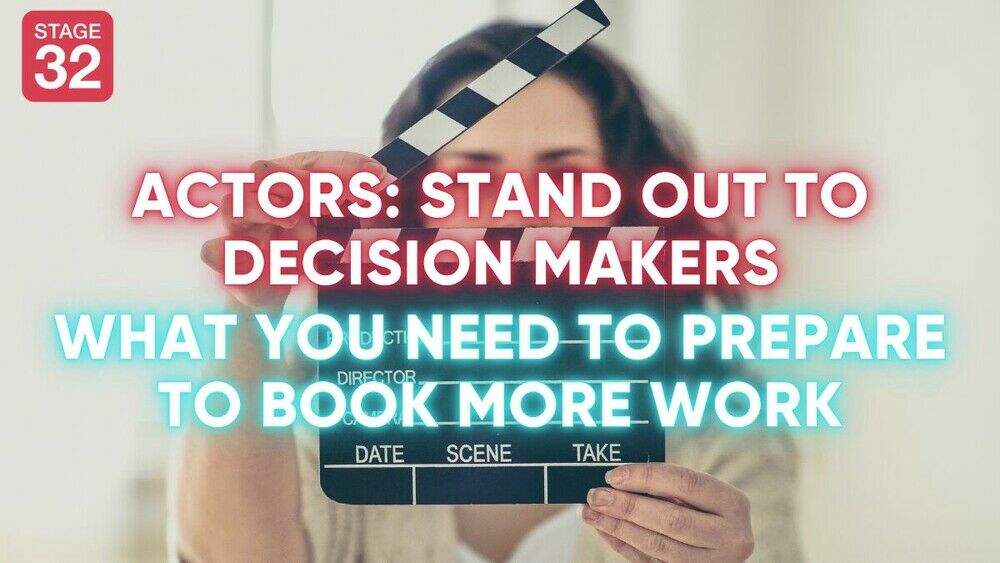 Actors: Stand out to Decision Makers – What You Need to Prepare to Book More Work

You’ve taken the classes, you’ve studied your craft, and even nailed your audition…or so you thought. Ever wonder why you might not be getting certain acting jobs, even though there may be nothing wrong with your acting? The truth is, the jobs don’t always go to the best actors. There are numerous factors that go into casting, the decision ultimately lies with decision makers. So how do you make decision makers choose you?

The challenge for many actors is not what they’re doing right, but what they’re doing wrong. You’ve thought about the role, the character’s backstory, even what accent you might put on, but have you thought about who you’re really auditioning for? There’s more to auditioning than just your acting skills. Everything from your tone upon entry, to knowing who you’ll be in the room with when auditioning (i.e., the director, producer, casting director), and even your social media. There’s a lot more to think about than just your acting chops, but fret not, with the right guidance you’ll be able to fully prepare yourself for your auditions.

Multi Emmy Award-winning filmmaker and author Shane Stanley has worked in almost every capacity on and off the set with hit shows like ENTERTAINMENT TONIGHT and SEINFELD and producing films like Sony Pictures’ GRIDIRON GANG a #1 box office hit starring Dwayne ‘The Rock’ Johnson. For three years, Shane was Vice President of Sheen/Michaels Entertainment where he produced several motion pictures starring Marlon Brando, Mira Sorvino, Thomas Hayden Church, Donald Sutherland, Marisa Tomei, Sean Penn, John Travolta, and Charlie and Martin Sheen. Shane continues to produce and direct independent films of all levels, and just wrapped production on his latest action thriller BREAK EVEN. Having spent over 30 years auditioning actors, Shane knows better than anyone what it really takes to land acting jobs.

In this webinar you’ll learn which actors usually end up booking roles and why. You’ll also take a look at your own acting career, what roles you should actually be submitting to and why you may not be reading casting breakdowns properly, discuss cold emailing producers, filmmakers, and casting directors, your acting reel, navigating the audition room, and how social media can be your best friend or your worst enemy. By the end of this webinar, you’ll walk away with more confidence to nail your next audition.