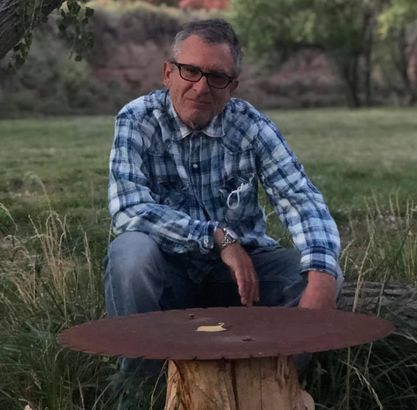 The Creative Journey: A Sit Down With Producer/Writer Michael Grais

The road an artist travels is often a long and winding one. Though there are many similarities, no two experiences are the same. The Creative Journey all artists go through is as unique as the individual itself but still has a common thread that we can all learn from. It is from these journeys that we grow as artists and individuals and come out the other side stronger and more aware.

Join us March 26st online as screenwriter/Producer Michael Grais** (Poltergeist, Great Balls of Fire, Marked for Death…) sits down with screenwriter and Department Chair of the Scottsdale School of Film+Theatre Bill True for a candid conversation about his career, screenwriting craft, making films in today’s market and take questions from the attendees. We will get a rare opportunity to learn from one of today’s hottest filmmakers and discuss the business of filmmaking while discussing his journey to get to the top of the industry.

**Phoenix Screenwriters Association has received an AZ Organizational Relief Grant (ORG). Administered by the Arizona Commission on the Arts, the AZ ORG Program directs relief funds allocated by Governor Doug Ducey from the State of Arizona’s Crisis Contingency and Safety Net Fund in support of arts and culture organizations across the state.

Michael Grais has written and produced movies of domestic and international acclaim, whose gross revenues have exceeded 650 million dollars. He has written everything from romantic comedies to action thrillers for seven Academy Award winning producers & directors. From his association with Steven Spielberg, Grais co-wrote the mega-hit POLTERGEIST…

His debut feature, Runaway, was hailed by critics as “Brilliant” and “Hitchcockian” as it premiered to universal accolades at top festivals, including Tribeca and Toronto. Bill also took top prize at the Austin Film Festival for his work on Runaway, which was subsequently released by eOne Films. He is currently in development at Echo Lake Entertainment on his drama series, Way Beyond. He is also working on a new, original musical for the stage, Crazy Evil Genius, in conjunction with the Scottsdale School of Film+Theatre, targeting a Spring ’22 main stage debut.

Bill has been a featured panelist and jurist at the Austin Film Festival, Scriptfest/The Great American Pitchfest, and ScreenCraft’s Writers Summit. He’s been a featured speaker for industry organizations including the Independent Feature Project, Women in Film, the Tribeca Film Festival, the Phoenix Screenwriters Association, and the Northwest Screenwriters Guild. In addition to his work in Hollywood, Bill is Faculty-in-Residence for Dramatic Writing and Department Chair at the esteemed Scottsdale School of Film+Theatre.