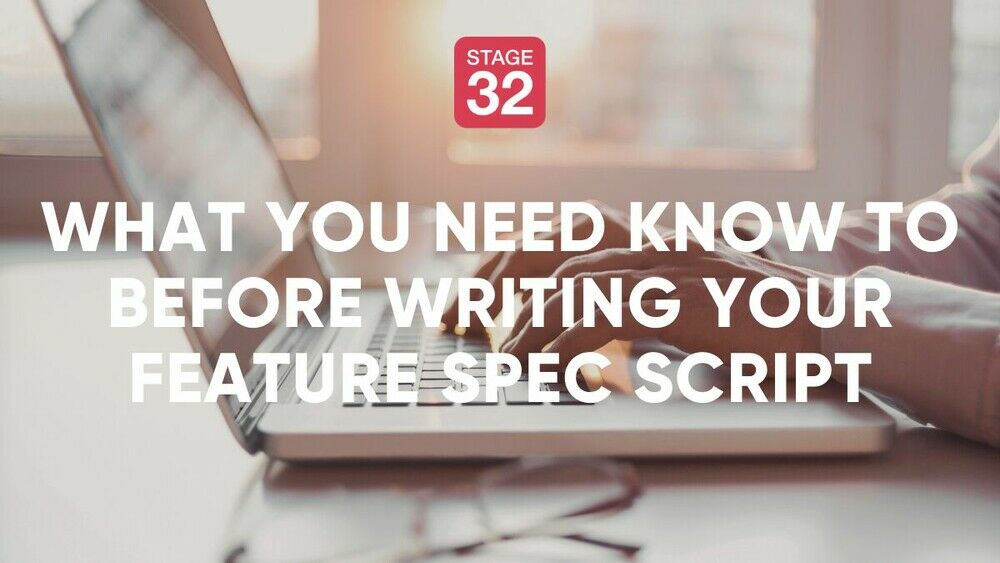 What You Need Know To BEFORE Writing Your Feature Spec Script

Demand for content is higher than ever and only growing! If you’re an aspiring screenwriter, it’s an incredibly exciting time to be churning out fresh stories. But when you’re writing feature spec scripts, you’re the boss of the story and no studio executive is there to tell you what they need from a marketing and sales perspective. So how do you know if you’re writing a script that’ll sell? There are a million ways to tell one story—how do you tell your stories without spending hours of your precious creative juices only to be told that “It’s good, but I can’t do anything with it or for you”?

A common mistake that many aspiring screenwriters make often happens right at the beginning. And unfortunately, it means that after they’ve already put hours into churning out their first draft, or maybe have even gone further than that, they’ve wasted all that time and need to start over. It’s not that the writing wasn’t good, but it just doesn’t work for the moment, the studio, the production company…there can be a number of reasons why your beautifully written script “doesn’t work.” Don’t worry though. We have an incredibly successful writer who is going to bring his years of experience writing hits to teach you what this common mistake is and how to make sure you never hear the words “but I can’t do anything with it.”

Matt Eber is a writer/producer who got his start writing for television in the 1990’s. He wrote episodes for THE FAMILY MAN, STEP BY STEP, and HARRY AND THE HENDERSONS before turning to producing. He rose up the ranks of television producing on shows like THE WAYANS BROS, LUSH LIFE and THE DREW CAREY SHOW. In the early 2000’s, this time in comedy features. His first feature film, FAILURE TO LAUNCH, was a huge hit. The romantic comedy stars Matthew McConoughey and Sarah Jessica Parker, and is still a classic today. He followed it up with another smash, GET SMART, an action-comedy feature based on the classic television show. Stars Steve Carrell and Anne Hathaway made the film an instant success. He also wrote two animated features, EPIC and HOME. Matt returned to producing television in 2019 with THE CONNERS, a spinoff of ROSEANNE. He currently has two more features in production.

Matt will be teaching you the functions of a feature spec script, the pros and cons of being a “hired gun” vs. writing your own spec script, PLUS the 5 reasons you should write a spec script. Based on your reasons for choosing to write a spec script, he’ll talk to you about how you should write your script. He’ll also go over the 5 things a spec script is NOT, the spec script as a personal statement, thinking like a professional, and understanding the marketplace. He’ll use three successful spec scripts as examples—LETHAL WEAPON, PANIC ROOM, and FAILURE TO LAUNCH (his own)—to give you specific writing tips on character, structure, format, and the things you need to know before you start writing. This is an exciting opportunity to learn from and ask a successful writer/producer all your questions and get direct guidance so you can deliver your best feature spec scripts!