The Heart of Your Screenplay 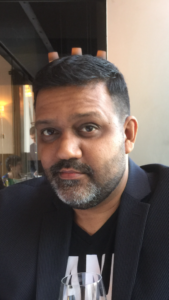 The Heart of Your Screenplay
By Lovinder Gill

(This is an excerpt from his book Scriptcake Secrets:  The Top 10 Mistakes Novice Screenwriters Make and How to Fix Them)

A big mistake I see screenwriters make is to write a screenplay based on an underdeveloped idea. This is a script killer! If they have not studied the craft of screenwriting, this is a fundamental rule that they unknowingly break before they even begin to write.

Think about when you see an athlete complete an impossible task. You say to yourself, “That took a lot of heart.” When someone becomes successful, it’s because they put their heart and soul into their work.

A great screenplay must have heart. Many Hollywood readers will only read about ten pages of a screenplay because that’s all it takes to tell if it has an emotional story or not. If there is heart, they’ll read more; if there isn’t, they’ll move on to the next screenplay in their huge stack of scripts.

A fully developed, emotional idea is the lifeblood of your story. Unfortunately, most screenwriters think about the genre or the special effects and action sequences or comedic moments before they have a fully developed idea. Those all have their place in a screenplay and will come in time, but without a heart, your story is dead before it is even born.

I once did a story consultation in a screenwriting group where we read part of a script that had a futuristic train in it. There was quite a bit of explanation about how the train worked through magnetic resistance or something like that.

To be fair, it sounded pretty cool, but it had nothing to do with the story. I wasn’t entirely sure, though, because I don’t think I knew what the story was about. I’m all for coming up with cool elements in your script, but without an emotional through-line, it doesn’t mean anything.

The battle between different socioeconomic classes is a universal theme that has been explored in all kinds of movies, such as Titanic, Parasite, Us, The Wolf of Wall Street, Sorry to Bother You, and The Pursuit of Happyness.

The cool thing is that you can take an emotional idea for a story between economic classes and put it in any world—on a train, on a ship, in a South Korean city, in a horror movie, in the business world, or in a racial drama.

All of these movies were highly successful because they were well developed, emotional stories set in entertaining concepts. If there were ever any kind of equation to writing a successful screenplay, that’s probably it.

It is very difficult to come up with an emotional point for a concept without an emotional story, yet that’s what most novice screenwriters try to do. They come up with a high-concept idea and then try to insert some modicum of emotion into it, leaving the audience unsatisfied.

It’s empty. Hollow. Meaningless. I don’t care what screenwriting book you use to structure your screenplay: without an emotional story, you are lost. You can have nine questions, 15 points, 22 steps—it doesn’t matter.

Without an emotional story, your screenplay is full of things happening for no reason, and that gets old and boring very fast. It’s hard to care for a movie if you don’t care about the characters.

Don’t get me wrong; structure is a necessity, but if you follow only structure, you’re basically constructing the exact same screenplay as everyone else who has read the same book you have. Structure is scientific and consistent; the story is emotional and unique.

You need both to make a great screenplay.