5 Ways To A Fresh Start 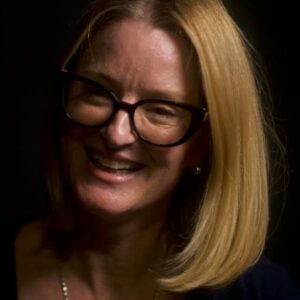 I think we have well established that 2020 is one for the books!  To say it has been a challenge is an understatement and we should all be patting ourselves on our backs for showing up everyday and – if you are reading this – still finding time to focus on creativity. I personally love the new year because it’s a fresh start with a clean slate. To me it’s everything that fosters hope and imagination, and this year is no different. I am ready like I have never been for a new year, so bring it, 2021! No, I am not afraid to say it. Say it with me, “Bring it, 2021! Challenge accepted.”

Whether you are aware of it or not, you have emerged from 2020 fundamentally changed. The good news? Each of us has a new perspective on something, and that, my friends, is pure gold for a screenwriter.  So why not take advantage and mine it! That’s not to say run out and write apocalyptic pandemic stories. It’s more about asking yourself – how do I see the world differently now?  What did I learn about myself and other people? This is your personal key to the age-old longing for a fresh perspective.

We hear it all the time: “What’s a fresh take on….” [insert: mystery, superhero, horror] We try to crack the code and get whiplash from executives who one day tell us they aren’t making time-loop movies, then all of a sudden three of them end up on the screen to huge applause. Well, it all goes back to a unique perspective. If it’s good, they’ll make it.

So let’s look at some tools to help you shift things from the same-old, same-old, to something that makes people go, WOW!

A recent example of mixing genres and offering a fresh perspective is Lovecraft Country. Based on a novel by the same title, the storytellers take H. P. Lovecraft’s monster horror genre of the early 20th Century and set it in the 1950’s, Jim Crow South. It not only mixes horror and drama, it calls out H.P. Lovecraft’s overt racism; and the horror of racists is far more terrifying than the monsters. Other examples of mixing genres are Alien, which mixes Sci-Fi and Horror or Shawn of the Dead, which mixes horror, romance and humor, or something like Knocked Up, which takes romcom and makes it palatable to a male audience.

This is a tough trick to pull off, but if you can do it, the hope is it will attract a wider audience. But more importantly, when you mix genres, you can explore deeper themes without resistance. Take Jordan Peele’s Get Out, it couldn’t be appropriately categorized into a genre, so during awards season it landed in “comedy”, and though it was funny, it’s really a social thriller. The themes of Get Out are not funny, but Peele’s use of humor helps the audience relax and take in a grim reality.

If you want to understand how genres can be mixed, take an example and unravel it structurally. Get Out is structurally a thriller with comedic elements. Shaun of the Dead, on the other hand, balances two genres. The choices are deliberate and require a deft hand.

Having watched so many movies since I came out of the womb, I am always excited when I have no idea what is coming next.  With so many formulas and so many cats to save, when the film keeps me guessing I am on the edge of my seat.  Knives Out is a great example of playing with structure because Rian Johnson takes the classic mystery – which is traditionally formulaic  – and turns it on its head. Unlike every mystery I have ever seen, in Knives Out we know from the onset who done it and the way Rian Johnson builds the story, we find ourselves on the side of the killer.  There are no red herrings (which I hate) and everything is played straight. Nevertheless, in the end, we are still face-to-face with the unexpected.

Playing with structure is always risky because gatekeepers do seem to have an affection for rules, but if you can pull them in from the onset with compelling characters and strong story elements, you can keep them engaged.  Take a look at some films that stray from traditional structure and ask yourself what makes it work. In the film 500 Days of Summer, we already know that our couple’s days are numbered, so the expectations are set from the onset; in Christopher Nolan’s Memento, the story unravels backwards. Perhaps my favorite film that messes with structure is Slumdog Millionaire, in which the tale begins in this exciting gameshow pomp and circumstance and through a series of questions, the heartbreaking story of the winner is revealed.

Character should be driving all stories, but it is also a simple way to approach a recycled idea (and seriously, at this point what isn’t?) and really make it pop. This is where I feel that being emotionally raw and present in your writing can really pay off.

Russian Doll, for example, one of those time loop stories they said they didn’t want, really worked. At first glance you think it’s just a chick version of Groundhog Day but at a closer look, it’s really nothing like Groundhog Day. The lead character, Nadia doesn’t relive the same day.  She just keeps dying and ends up back in the same bathroom at the same party, fully aware it’s happening. She is unraveling her own story and is an active participant in pulling back the layers.  We get to know Nadia, her addictions and past trauma and feel affection for her as she makes the discoveries from episode to episode. What makes it refreshing is that it addresses dark themes while challenging the character and us to move past them.

Of course, it doesn’t have to be that complicated and deep to be fresh. Something as simple as backstory will make characters behave differently and break cliches and stereotypes.  Take something like The Exorcist, which was shocking when it came out in the 70’s.  In The Exorcist, the act of playing with a Quija board or dabbling in the dark arts makes the character Regan susceptible to possession of the devil. At the time it was terrifying (if you want a good laugh, check this out) but as the years went on, this setup lost its mystique, so when The Exorcism of Emily Rose came out, it offered something fresh.  The Exorcism of Emily Rose feels like a drama with the story revolving around the wrongful death trial against the priest who performed a failed exorcism.  What makes Emily Rose different, herself, is that she’s a sensitive, spiritual girl who followed Christ and got possessed by the devil because of it. Where The Exorcist kept us in a fearful state by making sure we stayed away from the “dark arts”, there was no escaping the devil in The Exorcism of Emily Rose. Ack!

Each generation is ready for something new and fresh in terms of subject matter. Being on the pulse of what audiences are ready for is magic and someone who had the Midas Touch was Norman Lear.  In the 70’s shows like Maude, One Day at a Time and All in the Family knocked traditional shows like Leave it to Beaver on its rear when it dealt with family issues involving racism, addiction and unplanned pregnancy. The success of Good Times and The Jeffersons (as flawed as they were) during primetime also reflected Lear’s desire for television to reflect the real world. Though some gasped when these shows first hit the airwaves, audiences were hungry for the content and these shows paved the way for shows like Transparent and Fleabag which deal with human issues in a much more raw manner, reflecting the world we live in rather than a world we should live up to.

What makes a show like Fleabag work is that it examines the universal themes of self-loathing and depression and opens a pathway for forgiveness (so cathartic!) Even though we all cringe when we watch it, we also see enough of ourselves to keep tuning in, and in the end, forgive ourselves. Or maybe we just count our blessings.

Transparent, on the other hand, was groundbreaking because it takes a subject that one may have a preconceived notion of – or no notion of – and sheds light on it.  As a story, Transparent not only addresses the inner conflicts Transgender men and women face, it also has the unique perspective of an older character who grew up during a time without the LGBTQ+ communities we have today. This adds another layer.

The tough part of attacking new subject matter is that the world isn’t always ready, but write the story and I promise, the world will catch up.

Of course there are other ways to make something fresh. But some things to watch out for as you brainstorm new ideas is to avoid what classic screenwriter Bud Schulberg referred to as “the old switcheroo”. This is a very shallow approach to making something different. The “old switcheroo” does nothing more than a surface change like swapping out men for women, or making a time travel machine with a new device but doesn’t explore anything new. These things are not enough to make your story feel fresh.  What makes a story fresh is you. As I always say, it’s your unique perspective that sets you apart and that perspective just got a whole new spin (thank you 2020). So use it to your advantage! The most personal is often the most universal and what brings us together in Cinema.  Like I wrote above, they’ll make anything if it’s good, so dare to be different!

Eva Contis
Eva Contis is a writer and director born and raised in Northern California. She got her degree in Latin American Studies from UCSC before settling in Los Angeles where she worked as a filmand television editor to hone her craft of visual storytelling. The film she edited, THE FANTASTIC FLYING BOOKS OF MR. MORRIS LESSMORE, took home an Oscar for “Best Animated Short”.

Her directorial debut, THE STAND, won “Top 5” at “Louisiana Film Prize”, as well as a “Founder’s Circle Grant”. It screened at numerous film festivals, was Oscar-qualified and landed distribution with “Shorts International”. Her other films have screened worldwide from the Austin Film Festival to Filmfest Düsseldorf, collecting awards along the way. Eva currently serves as the Director of Partnerships for the writer education platform Roadmap Writers.