A Flood of Anything Will Kill Ya 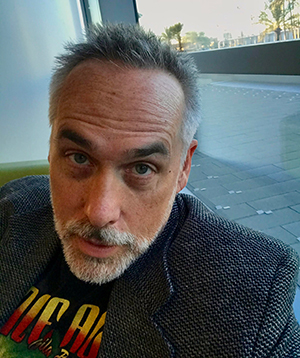 A Flood of Anything Will Kill Ya
by Bill True – Writer and Dept. Chair & Head of Dramatic Writing at the Scottsdale School of Film+Theatre 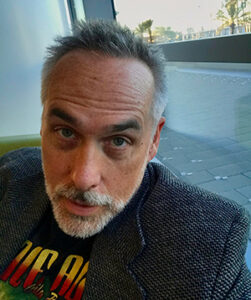 Happy birthday to Smashcut! A whole year old already! I want to shout out to Carlo Dall’Olmo for letting me be part of the newsletter’s inception and first year, and also for including me in its birthday celebration. I hope the insights my fellow contributors and I shared over the past twelve months have been useful for you along the way.

This will be the second article in which it appears I’m ragging on Writer Twitter. Let me be clear: I’m not against Writer Twitter. What concerns me, though, is the tsunami of conflicting advice to new screenwriters from various quarters, often served up in glib soundbites, and proclaimed with certainty, finality, and a healthy dose of indignation at anyone who voices a differing opinion.

We have a saying in my family: “A flood of anything will kill ya.” (for those who doubt that, I submit to you “The Great Molasses Flood of 1919” — https://en.wikipedia.org/ wiki/Great_Molasses_Flood) Like many of you, I’m a self-taught screenwriter. I used to lament there weren’t many resources for bouncing baby writers when I was new to the game. These days, I think maybe that was a blessing in disguise. Sorting out the craft and business of screenwriting is hard enough without being bashed about by the treacherous waters of the sea of online information.

Like I was back then, I’m sure you’re confused about the craft of screenwriting, and you have no clue how to wend your way through this strange, and often counter-intuitive industry. You gotta find answers somewhere, and you gotta trust someone’s opinion…right?

The thing about new screenwriters is they’re looking for the magic combination that will click the tumblers and unlock the secrets of great cinematic storytelling and, at the same time, present them with, per Orson Wells in The Muppet Movie, “the standard
rich and famous contract.”

What many seasoned writers are trying to tell you on Twitter is there is no magic combination. It’s more nuanced than that. A few of these veterans are too far removed from the experience of being a newbie, and they forget they felt the same way you did when they were starting out. As a result, sometimes they may come off as flippant or condescending in their remarks, which makes you wonder if you’re missing some critical insight. Which, of course, makes you double down on your belief that there must be some absolute answer out there, if only you were smart enough to see it.

But that’s an illusion.

Veterans are just regular people who worked a long time to overcome their confusion and find a process that works for them to get their stories on the page in a way that is attractive to the industry.

Everyone else spouting off on Writer Twitter is some insecure writer with limited experience or success, who is hellbent on proving they’re right. Ignore them.

You want to be a better screenwriter? Become a student of various approaches to breaking story and writing scripts. More importantly, read a lot of scripts. See how other writers handled various story problems and made their pages sing from a cinematic perspective. Then ask yourself the only question that matters: How does this information help me understand MY writing process better?

The answer won’t come right away, but over time, you’ll take bits from a lot of different sources and cobble together your own personal process. One that honors the way you see and walk through the world. One that helps you get your story on the page in a way that excites and inspires others. One that forges your practice and hones your voice.

Put in the work. Research and practice and find your way. That’s the ticket to writing kick-ass scripts.

When it comes to how Hollywood works? Listen…William Goldman was right when he said, “Nobody knows anything.” Wait. Let me amend that. He was MOSTLY right. Because even that’s not an absolute. If I might be so bold to interpret his axiom, what I believe Goldman was trying to say is there are no absolutes in Hollywood because the landscape is continually shifting and people are constantly feeling their way through. Not only that, it’s an industry driven by creative, sensitive people, who often make decisions based on feelings over “facts.” Moreover, movies and TV are, as one entertainment lawyer friend used to say, “wildcat oil drilling.” It’s so speculative and fickle that no one really knows what’s gonna strike and what’s gonna flop. The calculus is too complex and chaotic.

That’s not to say there aren’t professional best practices in this industry, but trying to crack the code for selling scripts is a fool’s errand. And even you crack it, it’s always gonna change in a few years, anyway.

Here’s what you do, then, to make your way in the industry: be nice and be authentic. Be generous with people, especially those who aren’t as far as you up the ladder yet. These are the only aspects of the industry that seem to never change…people tend to gravitate to and work with nice, genuine people they like and trust. Sure, calculating and self-serving assholes who shamelessly self-promote get on the map and have careers, but there’s a reckoning afoot for these types, if you haven’t noticed. Everyone who I’ve personally met that has had a long-lasting career in Hollywood is a pretty genuine and generous person. Quirky, to be sure. But most of them are nice. And they want to help other nice and talented people.

As producer and director Bill Pohlad said to me once, “There’s a million ways to launch a career in this business.” What Bill was saying was there is no “right way” to do this. You’re not supposed to be looking for the magic combination to unlock screenwriting and Hollywood. You’re supposed to be forging your own path. It takes time and practice and more effort than you ever imagined at the outset of your journey. But all you can and need to control as you make your way is yourself. The work you put in.

You do that, you’ll find your way, and the big, ol’ Writer Twitter flood won’t even touch you.