Screenwriting Unchained: Reclaim Your Creative Freedom and Master Story Structure with the Story-Type Method® By Emmanuel Oberg*
by Beverly Nault

According to Emmanuel Oberg, his Story-Type Method (Method) is more flexible than the three-act Structure. Based on Aristotle’s Poetics, his Method provides a fractal, versatile blueprint to construct screenplays that are either Plot-led, Character-led, Theme-led, or a hybrid combination. He disagrees that certain action beats or turning points need to occur at specific pages or percentages and explains why his Method better serves by addressing each category’s unique purposes.

To create depth and reach audiences, Oberg teaches how to use Maslow’s Hierarchy of Needs. For instance, by using dramatic irony which reveals information while keeping characters in the dark, a writer can meet the filmgoers’ desire to be part of the action. He discusses specific films that affect an audience emotionally based on the hierarchy and how the psychology of wants and needs serves each story type.

Detailed summaries along with graphics illustrate Oberg’s concepts. Unchained could seem repetitive at times, but he wrote each section to be read independently of the others based on story type. With insights into human psychology and explanation of the Method, Unchained could be a useful reference for outlining, repairing, or rewriting.

By watching the suggested films and reading all 470 pages (paperback), Unchained could be compared to a master’s level course. Oberg offers online classes, but the book doesn’t seem like a dumbed down sale piece for them and is rich in detail and explanation.

Unchained is Book One in With the Story-Type Method series. Book Two, Screenwriter’s Troubleshooter, promises problem-solving techniques. The two are meant to be used together, so I’ll review Troubleshooter in a future post. (The KU versions are free. Amazon paper and hardcover versions are pricey options.)

“This is the backbone of the Story-Type Method: leaving behind the one-size-fits-all story theories and adapting the development process to the story-type of each project.” Emmanuel Oberg

*From Amazon – Emmanuel Oberg is a screenwriter, author and creative consultant with more than twenty years of experience in the Film and TV industry. After selling a first screenplay to Warner Bros, he has been commissioned as a writer by StudioCanal, Working Title / Universal, Gold Circle and Film4. He has also designed an internationally acclaimed 3-day Advanced Development Workshop and modules on thriller, comedy, animation and TV Series, all based on the Story-Type Method®. He delivers them with passion to storytellers around the world, online or in person. Emmanuel lives in the UK with his wife and their two daughters. 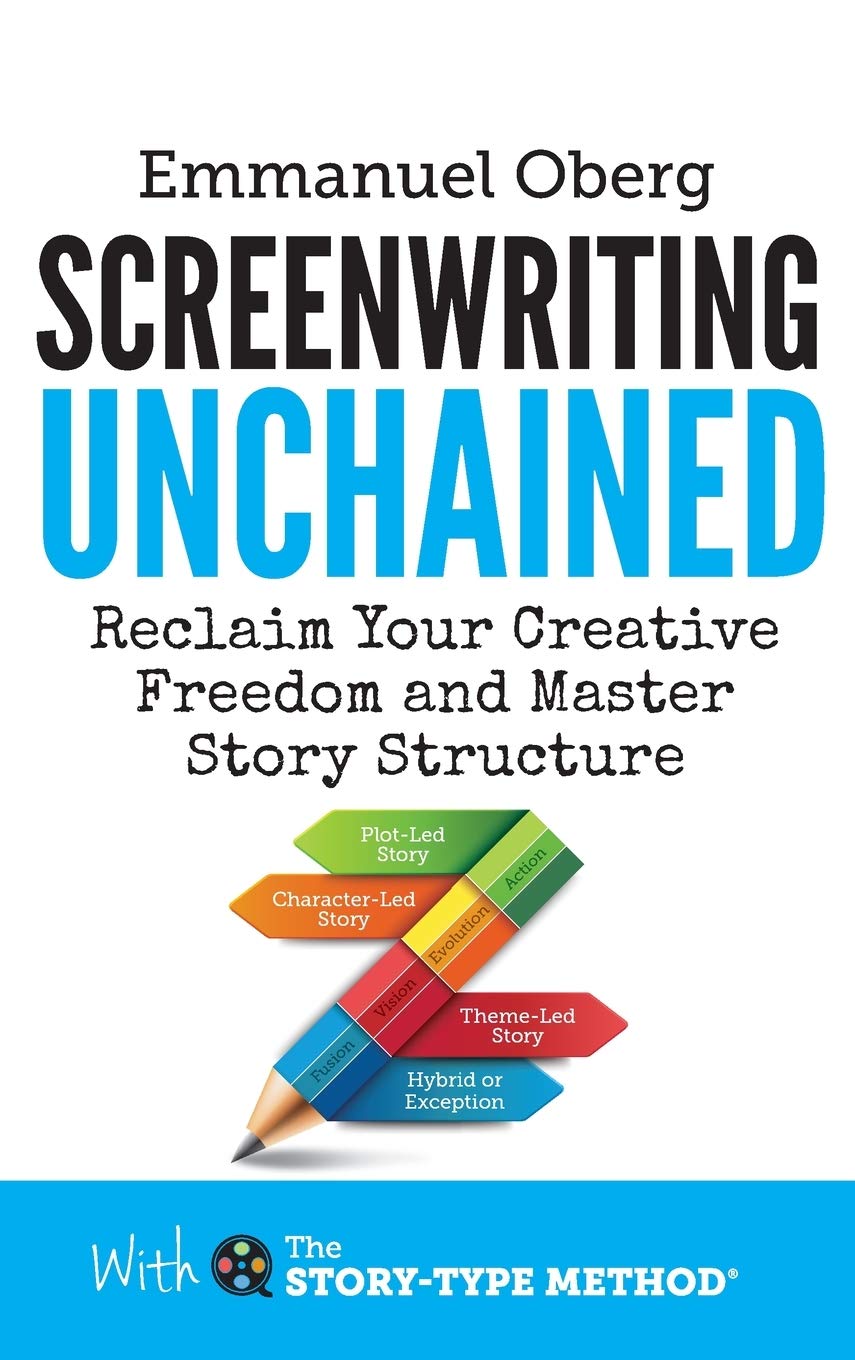