Shorten the Distance to Your Dream

Shorten the Distance to Your Dream
by Gary W. Goldstein 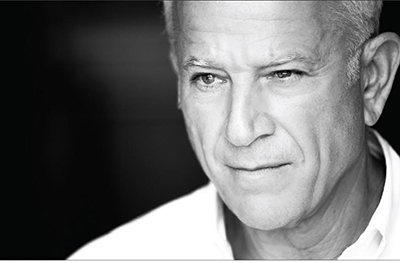 The single most powerful statement you can make to yourself, the industry and the universe is to create content and bring your stories to life. It’s not just about your story. It’s being that outlier who does what most are not willing to do. Being the storyteller who doesn’t wait for permission and dares the world to notice.

Short content is a launching pad. It can be your personal Cape Canaveral. Does the idea of turning your story into a short film to showcase your work to a potentially global audience tickle your imagination? It should. Here’s a short list, tip of the iceberg, of careers literally launched because someone had the audacity to make a short film:

Paul Thomas Anderson (‘Coffee and Cigarettes’)
Financed with his gambling winnings and his girlfriend’s credit card, this short launched a career directing Boogie Nights and 44 other titles.

Guillermo del Toro (‘Geometria’)
A micro-budget (under $2,000) short fantasy horror comedy was the precursor to Hell Boy and The Shape of Water from this uniquely inventive writer-producer-director.

Gareth Edwards (‘Factory Farmed’)
Produced in 2 days (during a 48-hour short film contest) this short paved the way to directing Godzilla and a Star Wars spinoff.

James Cameron (‘Xenogenesis’) Cameron’s first at-bat was a sci-fi short shot in his living room and his filmography since speaks for itself.

Jared Hess (‘Peluca’)
Shot in 2 days, this 16mm  black and white with a $500 budget, a producer at Slamdance encouraged Jared to expand the story, which became Napoleon Dynamite.

Martin Scorcese (‘The Big Shave’ – a 6 minute short) Too many films to pick from !

Steven Spielberg (‘Firelight’) Ignited one of the biggest film careers in cinema & beyond.

In a digital world, shorts are becoming an even more potent tool to stand out and be noticed. Gamify your opportunity, dare to be daring, have fun and find a few creative ninjas with complementary skills to bring your short to life. Just dial up your mindset, assume the universe has already greenlit your short, given you its blessing (permission). If it means shooting on one or multiple cell phones, you’re already state of the art. The top-grossing film for a weekend in June 2020 in the U.S. was ‘shot’ on Zoom and had a whopping budget of $0.

We live in an era of endless innovation, a caffeinated renaissance where new technologies are reshaping our every experience, including film and television. Digital film technology is ubiquitous. Your digital phone camera is a 360° recording device. Cloud-based services are seamless and near to cost-free. Drones, virtual reality, and 3D printing are changing the way we make films and create film sets. Animation technology is advancing at the speed of light, and is now fully within reach for the amateur filmmaker. Algo-rhythmic editing software allowed filmmakers to shoot a high speed car chase at night in the rain, without any rain. Visually realistic rain was added in post-production.

You need NOT be a techie or embrace any or all of the above. The point is that by seeking out a small cadre of collaborators, each of us, whether you’re a writer, actor, producer, director or some hyphenate, has the capacity today to transform our stories into a reality — short films, webisodes, any format we choose.

Success is making a decision. Whether at a local film school or via any number of pre-aggregated online groups, finding a talented, motivated team of collaborators is easy, fun, fast. Yet, this is a surprisingly uncommon choice and, for those who do step up their game, you’ll be met with an enthusiastic chorus of “yes” from a ready and waiting pool of talent.

Consider doing yourself a huge favor and take action. Believe in yourself. Dive into the fun, excitement and joy of transforming what’s on the page into a short. Stand out. Let the world notice. See what’s possible. Beyond the satisfaction of accomplishing something worthwhile, the rewards are beyond what you might think possible.

Having launched careers for dozens of previously unknown talents, Gary’s passion for helping creatives navigate the “business” of Hollywood is legendary. A natural mentor and thought- leader, Gary shares his wisdom generously and is committed to supporting creatives to get their
stories told.

His best-selling book, ​Conquering Hollywood: The Screenwriters Blueprint for Career Success ​has a singular goal: transform your talent into a career. See reviews ​here​.

His greatest contribution to advancing the careers of professionally-younger talent is undeniably his much-celebrated “Master Course: Creative Edge”. This coursework applies strategy on a
personalized level to insure each of his students break out from the pack and get traction in Hollywood