To Be Quite Joe: Every Day is a First Impression 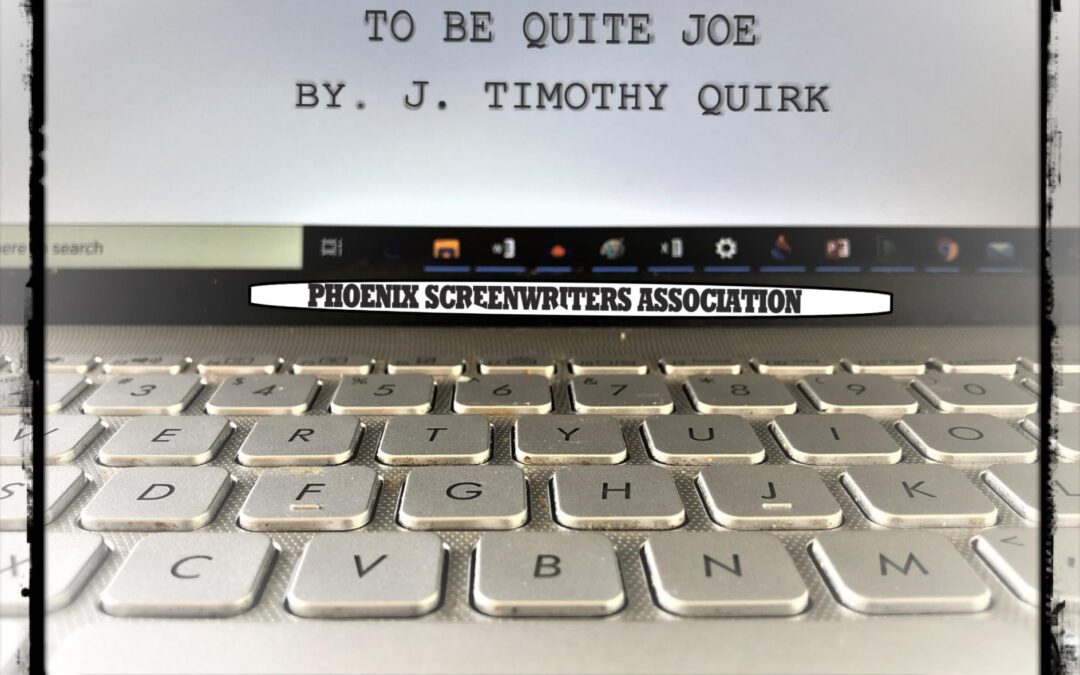 Every Day is a First Impression
By Joe Quirk

Everything we put out into the public will be someone’s first impression of what we create.

Stand-up comedians who have the benefit of some fame from other media like tv or movies will tell you that the goodwill of fame lasts for approximately the first sixty seconds of a set and then the audience really expects them to be funny. The audience has come to a comedy show to laugh, not to fondly remember funny moments from other things.  Additionally, as much as Hollywood thrives on previously established intellectual property for their high-profile content, and nothing sells easier than a sequel to a previous hit, there is no guarantee an audience member will be familiar with the previously established work. Therefore, it stands to reason that if your work is online and available in some fashion, then every day there is an opportunity to make a first impression with a new audience. What impression will it be?

I’ve been thinking about this question because I create Nutmeg Junction and Barnaby Druthers; they are audio theater programs that air on the community radio stations across the country. When my leap into audio storytelling began, I was inspired by the golden age of radio, especially Jack Benny and, for the serious dramas, the Shadow. My father sent away for cassette tapes of those shows and gave them to me. I liked the Great Gildersleeve and some Fibber McGee and Molly but I liked adventure with the comedy. I wanted to create my own stories and honor the creative work of the past.

Because I enjoyed “The Shadow” so much, I decided to write a short parody called “The Grey Whisper” who was “a master of disguise, fighter of crime and a wonderful knitter”. I borrowed elements from the Shadow but made them more absurd, for instance the Shadow can “cloud men’s minds” so evildoers won’t see him. The Grey Whisper had the ability to knit camouflage out of yarn to blend into the background.  In the first Grey Whisper story, the evil villain hired a henchman named “Ox” and I found it a funny premise to have Ox be exceptionally weak and completely useless as the brawn of the duo. For any listener, I wrote the story so that the audience would not have to know who the Shadow was to get any setups, but if they did have familiarity with the character, they might find a deeper level to humor. This story stands up on its own we’ve shared that story over the next few years in encore presentations.

However, as I previously stated, I also loved Jack Benny, so in the early days I tried to create a Jack Benny-esque story that wrapped around the rest of the show. For the first episodes, we attempted a premise that book-ended the other audio adventures. This idea, I don’t mind telling you, did not work out at all.  The jokes were forced, the characters weren’t given any real structure, backstory or motive, and merely had a few setup and punchline scenarios and then threw to what arguably was the good part of the show, the new audio adventures of our characters.  Bear in mind, I was learning as the show was being created. This was valuable experience. I have not listened to those bookends since they went out on the air.

After the first 5 episodes I jettisoned the failed attempted Benny-esque premise completely, and just focused on the audio adventures exclusively and that was a key to success. Nutmeg Junction is now embarking on its fourth season, the show airs in 13 states and on 24 stations. I am really excited about the prospects for an amazing 2021 for our show. I am exceptionally proud of the work we’re doing. The stories we’re creating have depth and feeling; they are interesting and engaging.

But now as we begin our fourth season, I wonder if I should keep the old episodes out there on the internet or on the podcast. To those of us who created those episodes, we love them as a part of our “history” but if someone were to judge the show based solely on one of those episodes, they would not get around to hearing our recent and best work. At what point does preserving the past get in the way of promoting future success?

Ultimately, I already know my answer. We are still a young program. We’re still building. When you’re building, the focus absolutely and positively must be on the future. There’s a time and a place for bringing out reminders of early work. That time is not today and if those early works are not representative of the current program and what we create today, then those early works must be archived, preserved in a way that at some point, they can be carefully shared in a way to illustrate the evolution of the show without being representations OF the show.

We get one shot at a first impression and online, every day your work could be discovered by a new audience and that audience will develop a first impression. So keep your best work out there, and consider archiving the rest until your public demands to see your early work and the context is clearly understood.