To Be Quite Joe: Writing Audio Theater is Not So Solitary

Writing Audio Theater is Not So Solitary
by J. Timothy Quirk

After initially writing the phrase “Writing is a solitary venture” as if it were a law understood and followed by all, by the time I reached the penultimate paragraph of this article, I changed my mind. Now you could say “writing is solitary” and from a certain point of view it might be true for you. Even if two writers form a partnership, each person is probably at their own device and even if they shared one, it is unlikely they take turns writing individual words in each sentence.  Even if your process is to write in a crowded café or at home while the kids are in the same room learning karaoke or moving the furniture around in their attempt at adolescent Feng Shui, if you say you believe that writing is a solitary venture, I am not going to disagree with you, but for me it is not.

I write 25 pages of story each week for an originally scripted, audio theater radio program called Nutmeg Junction that airs on 14 radio stations mainly in the New England area.  Exceptional actors bring the words to life, elevating the scripts and creating moments in stories that are far superior to the ones I imagined when I put them on the page.  It’s my duty to craft scripts worthy of their talent.

Nutmeg Junction did not begin in a vacuum, prior experience led the path forward.  For 7 years I created a comic strip for select newspapers so I was used to writing stories on a deadline. Similarly, I was on the radio already, hosting a local interest interview program. Finally, I enjoyed some experience writing newspaper reviews of local theater productions so I had the opportunity to learn how exceptional community theater production companies tell their stories.  But I did not wait to gain 10,000 hours of experience, as the over simplification of the Malcolm Gladwell concept would suggest, to bring audio theater stories to air.  Every week is a learning process, a fact that is self-evident especially in the early episodes. The format was different in those first episodes because it featured an interview segment, a musical guest and then a short skit. It took just a few weeks to realize the main focus should just be the skits, which turned into the show.

The script writing continues to improve from week to week until there is a vast distance between the initial offerings and the present day. The first ten minute skit for “episode one” back in 2018 was “Blaze Jackson: Galaxy Insurance Adjuster”, a parody of Flash Gordon viewed through the prism of property and casualty insurance knowledge. It is one giant inside joke for insurance adjusters who enjoy old time radio programs, a particularly small niche. By comparison, the episode we just recorded this week is a thirty minute Sherlock Holmes story serving as a sequel to Arthur Conan Doyle’s “The Greek Interpreter” where elements of foreshadowing, callbacks, and historical accuracy are all utilized.  I would not have been able to write Holmes this month in 2020 without writing Blaze Jackson first in 2018.  I am proud of both scripts but the Holmes story is far superior.  I intend next week’s script to be better than Holmes and by this time next year, I hope to view Holmes the way I view Blaze Jackson now, noticing the distance as I’ve evolved as a writer but still enjoying this valuable step in the journey.

The key step in the distance of professionalism between Jackson and Holmes is that when I wrote Jackson, the cast wasn’t formed and I was just having fun with an idea and when I wrote Holmes I had the actors already in mind and a need to craft a story that lived up to their expectations.  We’ve performed Sherlock Holmes stories already on Junction with Dan Willey as Sherlock, Jeff Savage as Watson and Jerry Crystal as Moriarty so I could hear their voices while writing the words and in my mind’s eye, or ear for that matter, they told me when the dialogue needed editing. I wrote two scenes that were entirely edited out of the script because they did not further the plot or tell the story of the main character. In all likelihood at the beginning I would never have discarded three pages of work when I have a 25 page weekly deadline but the final result is all the better for it.  So I’ve grown. The actors’ voices in my head dictated how a better script could be written.

Writing for audio theater is not a solitary venture for me now.   It is said by writers that often the characters will tell the writer where they’re going. Because the actors have already brought their characters to life, they are with me when I write and I am happy to jot down their slices of life even when I eventually jettison them from the final script in favor of furthering the story. Now I know you don’t need advice and I’m not offering any but I know for me, I learned one doesn’t have to wait for permission to get going, that writing every week with a deadline is essential, that I will see improvement in technique the more I craft something new, and most importantly, if one is fortunate to have characters “live” because of wonderful actor friends or even in a fertile imagination, they will be writing with you and writing will not be a solitary venture after all.

Thank you for reading this in Phoenix Screenwriters Association and please let me know if you agree with my take-aways because your experience may be similar or vastly different and if so, I’d enjoy hearing your perspective. 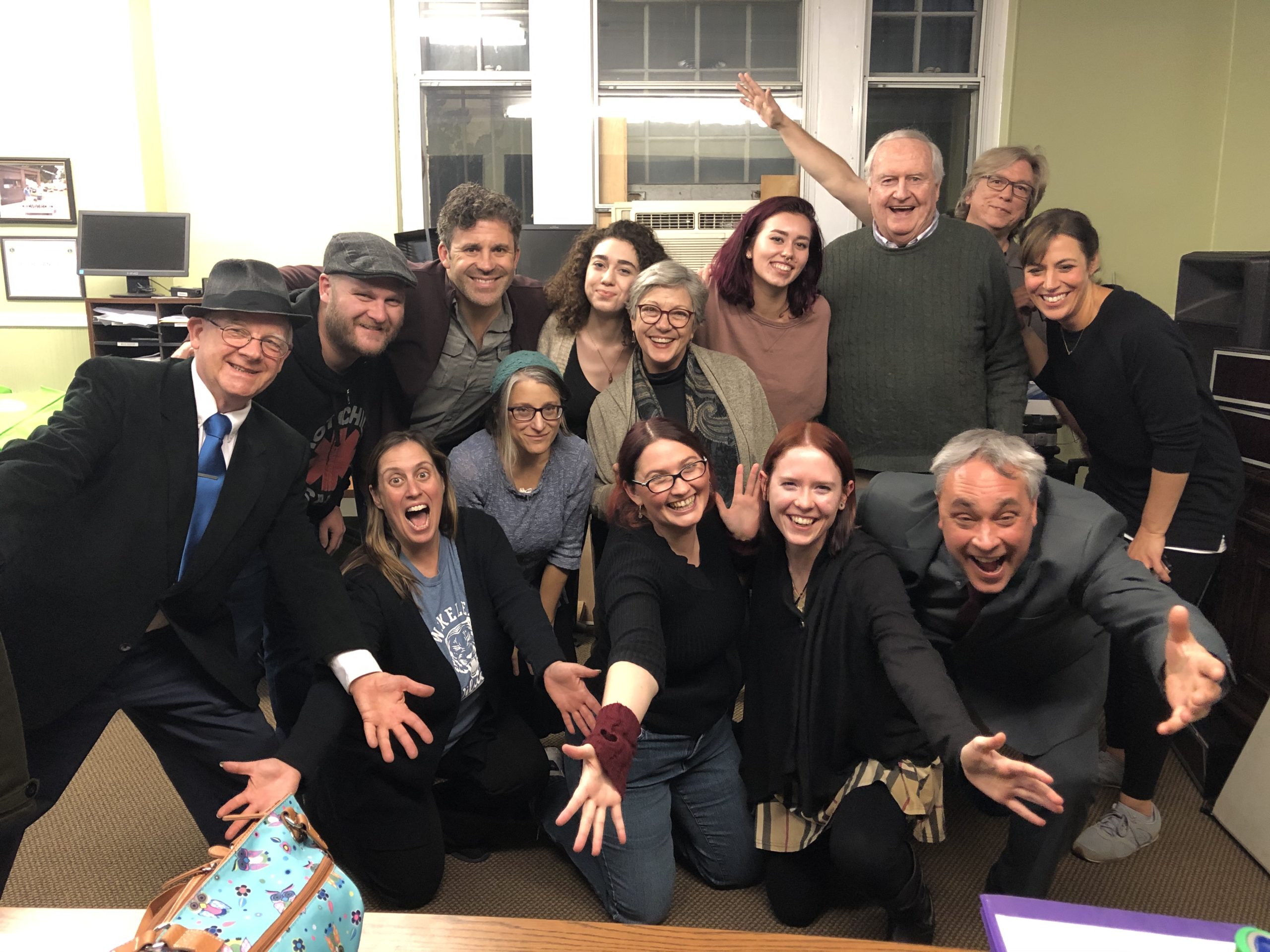