NO, YOU’RE NOT SIGNING YOUR RIGHTS AWAY, YOU’RE SELLING YOUR SCRIPT.

NO, YOU’RE NOT SIGNING YOUR RIGHTS AWAY, YOU’RE SELLING YOUR SCRIPT.
By Bob Saenz 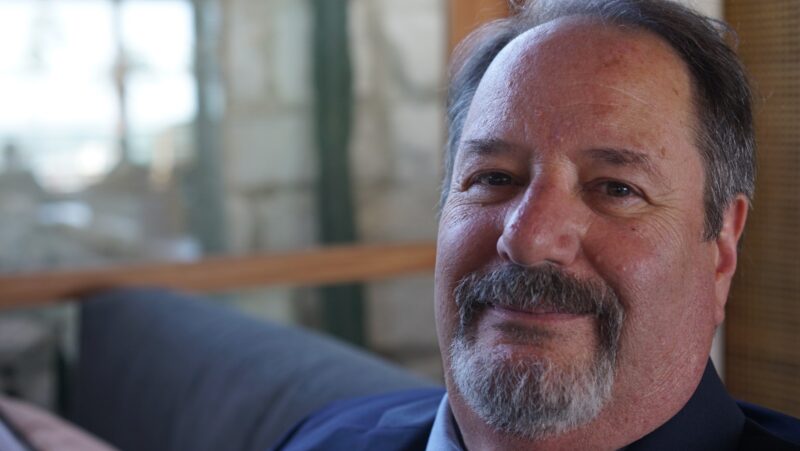 Occasionally I get frustrated with some of the questions and bad screenwriting advice online and have to comment with just a post of: “Sigh”.

Exasperation? Yeah. Kinda. I’d love for people to stop looking for shortcuts that don’t exist and just do the work. I like to think the best of people and hope sometimes they step back, look at something, and see it for what it really is.

Filmmaking, whether it’s an actual film or a series, and believe me, shooting a series is like making a film every week – I saw it in action for 6 years – is an all hands on deck enterprise with numerous people, all with their hands all over your script, molding it into what you eventually see on a screen.

Lesson 1: The script you wrote will never hit the screen the way you wrote it. Ever. Even if you direct it yourself. There are so many moving parts to it, it’s an impossibility. And NO… you can’t put it in your contract that producers can’t change your work. Well, you can, but producers will 100% walk away even if it’s a script they love because they need to have that right for a whole raft of reasons. Like for example, oh… Budget. Locations. Actors. Story logic. Dialogue. Characters. Action… the list goes on.

I’ve rewritten dozens of scripts for producers, almost all of them scripts I did not write to begin with. The things that didn’t get changed? The Premise, because that’s what attracted them in the first place. The very basic (not specific) storyline stayed in all of them. But what the characters did in that storyline did change, subplots changed, main characters shifted and /or changed, secondary characters changed, character names changed – “Please change this character’s name to the name of my new grandson” – a real request I got from a producer, which I was happy to do – locations changed, endings changed, beginnings changed, timelines changed… this list goes on, too. They were all the same basic story as in the original script… the original author is able to recognize that, but everything else? Sometimes, 90% different. Sometimes 50%. The rest? Anywhere in between.

Just for the record, I’ve been rewritten. Plenty of times. On one film my name is on as writer, there’s not a single word I wrote on screen. I watched it and didn’t recognize anything, except the basic story, which wasn’t mine in the first place. I’ve been the first writer out of four or five hired. I’ve been the third. I’ve been the last quite a few times. It’s a process that mimics the Golden Rule. The people with the Gold make the Rules. Producers, who pay for making a film, have their idea what the shooting script should look like. Then the director gets their say. Then they all have to agree. The writers have to write what they agree on in the most creative way possible. The writer can suggest, absolutely, but the producers and director have the final say. And each successive try to get what they want may involve a different writer. This is screenwriting. I know I talk about how a lot of stuff that changes, but this part isn’t going to change. It takes a Village to make a film. And there’s someone in charge of that Village… and it isn’t the writer.

I can hear the internal screams from new writers reading this. I felt the same way for a while, but I learned. I buried myself in the process and saw what it takes to actually make a film or series. And to do it well? It’s a pretty astounding process. It’s incredibly hard work by a group of people who are very good at their specific jobs, that when combined make the whole of a finished film. Writer(s) included. As PART of the group.

So, new writers then wonder, “If they’re changing it that much why can’t I keep the original script and sell it again?”

Stop. Think. Really? Sell it again? I wish. I have a couple of cars I’d love to sell over and over. That’s not the way it works. When you SELL your script, you sell the copyright to that work. They buy the whole thing. The story and the characters. Forever. Forget about keeping the copyright, that’s another thing they’ll 100% walk away from any deal over.

Lesson 2: It’s up to you, and whoever is handling your contract, to make sure you’re covered to be paid, and what exactly you’ll be paid, if they make sequels and spin-offs whether you write them or not, which, as the copyright owners, they will have the right to do. Most contracts, especially WGA contracts, cover this extensively, but you still need to be vigilant.

So why does anyone want to be a screenwriter if they’re going to change your work?

Lesson 3: 95% of all professional screenwriting is writing for hire. Those sales of your scripts? They’re your audition for those paid writing jobs. Are you cooperative? Do you understand the filmmaking process? Can you take notes, be open to those notes, be creative with those notes, and still deliver the script they want? Can you be part of a team? These are things they find out when they buy your original scripts and then have you work to rewrite them, the way they want. Lastly, do you get emotional or are you businesslike? Very important questions they want to know the answers to.

Every well known screenwriter went through this “audition”. When they buy your script, they also buy YOU as the writer. They want you to succeed. They want you to be good at the process so they have another writer to hire in the future for their other projects. That’s the way this works. It’s the writers that understand this and are good storytellers who reap the benefits of a nice career.

If I had to rely on my original spec scripts to make my living as a screenwriter, I’d be working at Home Depot. I’ve been hired to adapt books, to write sequels, to write films from producer’s ideas, and to rewrite scripts. Bread and butter. I get great creative satisfaction out of it. Sure, I’d love to sell more of my original specs, but that’s not easy or realistic, knowing the glut of scripts out there.

Lesson 4: This is a last one. Relax. If you love to write like I do, if you love telling stories like I do, then the best way to succeed, beyond the writing, is to understand the actual job. It’s very hard work. There’s a huge learning curve.

Screenwriter is a very important film industry job. One that gets respect from the industry. But it’s not the most important job. It’s one of many. It IS one that gets you an above the line credit and pretty good pay as you work your way up the ladder. But scripts aren’t seen by the public until all those other people do their jobs and bring them life. Until then, they sit in the cloud or in a drawer or on a shelf. A great thing to remember.

I’ve spent a thousand words or so here popping a bunch of balloons. I wish someone had done this for me earlier in my journey. I wouldn’t have made the grotesque amount of mistakes and missteps I did. Or had the unrealistic expectations I did.

You need to keep at it, if you love it, and learn to keep your expectations in line with the realities of the way it works. It’ll make for a smoother writing journey. You can do this.